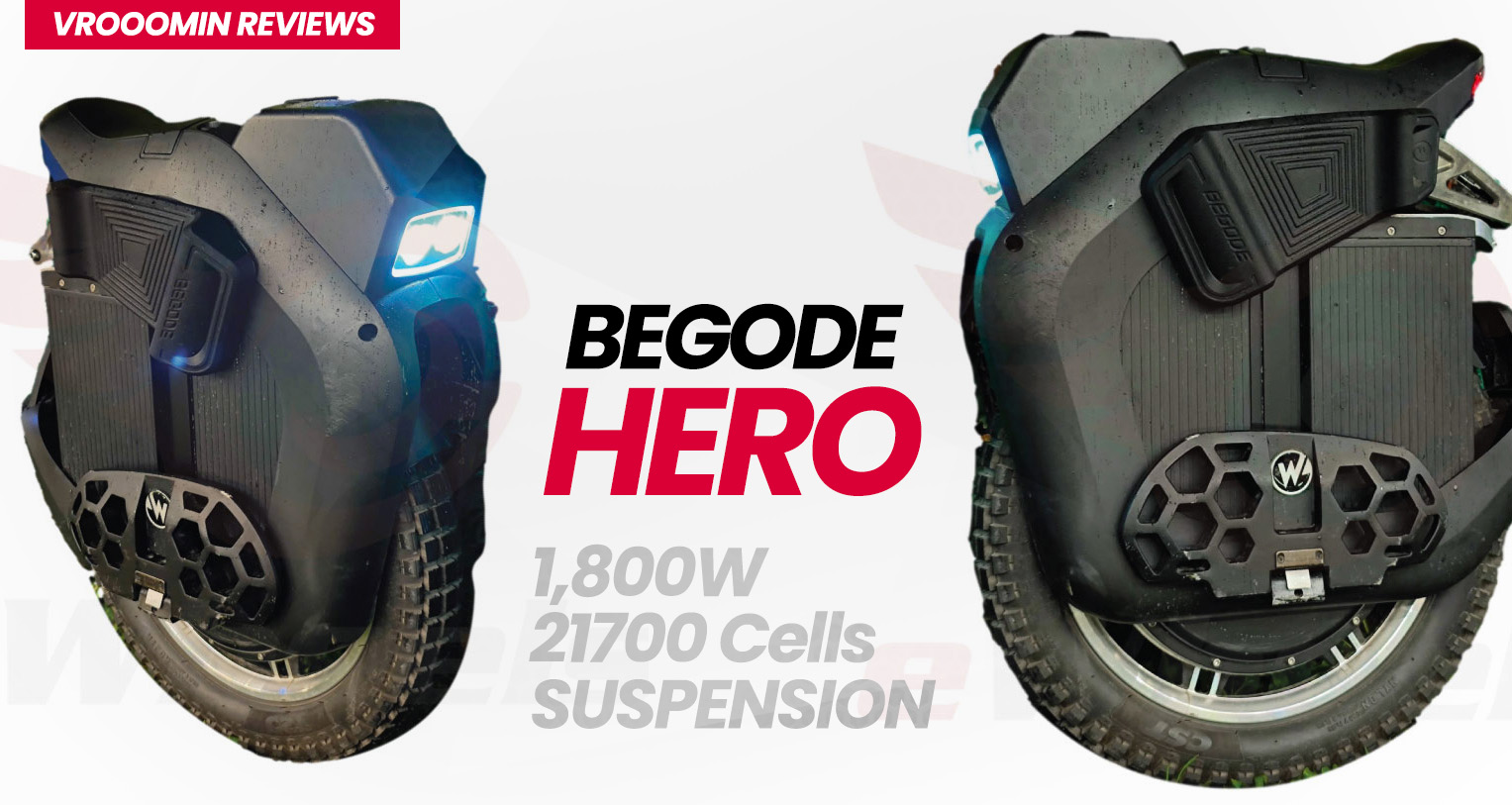 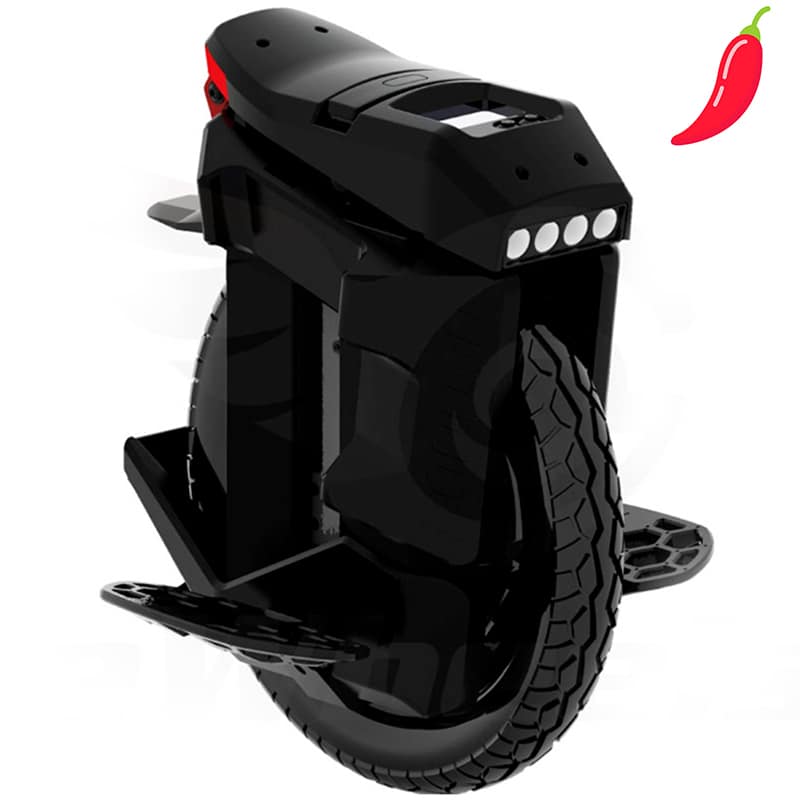 After the latest Inmotion V12 and the upcoming releases of the Kingsong S20 Eagle, Veteran Abrams, and The Commander, Begode Stuns the EUC community with another suspension wheel, the Hero Electric Unicycle.

The principles of battery selection on PEVs is complex but can be distilled down to a general rule of ‘the smaller the battery pack, the more power is demanded from the cells’. The Hero battery pack comprises 24 cells in series & 4 parallels (24s5p). In this class of high-performance >2.8KW machine, the system must be provided with sufficient peak power throughout the discharge curve; this is why we elected to equip the Hero with our exclusive LiTech Samsung 40T battery packs.

There is also the peace of mind of the intrinsic safety properties of the high-powered packs; they are designed for this demanding usage, and the risks of premature degradation/spontaneous fires are significantly reduced.

Beyond the safety/performance benefits, other advantages of a high-performance 40T battery pack include: faster-charging potential (up to 8-10A), superior pack longevity, cooler operation, increased performance, more efficient utilization of energy from the pack—for hard riding, mountain/trail use, the usable range from the 1,440Wh packs may be greater than a higher nominal 1,800Wh set.

Looking for a way to get off the beaten path? The Begode Hero covers you.

Begode has just announced its new 100v 20″ suspension wheel, the Begode Hero Electric Unicycle, for riders who want to take their electric unicycle riding to the next level. The Hero has a 78-pound chassis and a 100V 1800WH, 2800W high torque motor. The Begode Hero is no slouch and was designed to handle the most challenging routes, climbs, leaps, and roads, based on the specs.

What we know so far about the Begode Hero Electric Unicycle

The first shipment from the factory, expected to arrive in the US by late October 2021, has been pushed off to January 2021. The eWheels models come with custom Samsung LiTECH battery packs and fitted CNC pedals. Check with Jason and the team about shipping times.

The C38 is the same motor on the RS HT, making it the perfect pairing with the Hero’s Suspension. Off-Road Riders will appreciate this winning performance combo.

The High Torque Hero was built for low-end torque but had respectable top-end speed. For riders looking for more pepper off the line, the Hero has plenty to give, on and off the road.

Samsung custom eWheels packs will give you plenty of power to get you where you need to go. While the Hero lacks the 3600WH pack on many other large high-speed wheels, the 1800WH is still plenty of range for all-day off-road adventure.

Begode takes a page from King Song’s book and gives the Hero Chassis an adjustable 80mm suspension. Suspension dampening will provide a cushy ride, and your knees and feet will appreciate it.

A big, top-mounted display is now standard on this generation of wheels, allowing for convenient monitoring of speed, charge, and temperature.

The truth is that King’s Song has fundamentally altered the landscape of electric unicycles. As a result of the S18’s comfort and popularity, a new paradigm of off-road, high-torque suspension wheels has emerged. Wheels like the Begode EX2S, Begode Hero, Begode Master, and King Song’s sophomore suspension, the King Song S20 Eagle. Could HT suspension models be the final frontier? Riders sometimes appear torn between high torque and fast speed; most of us can’t have it both ways.